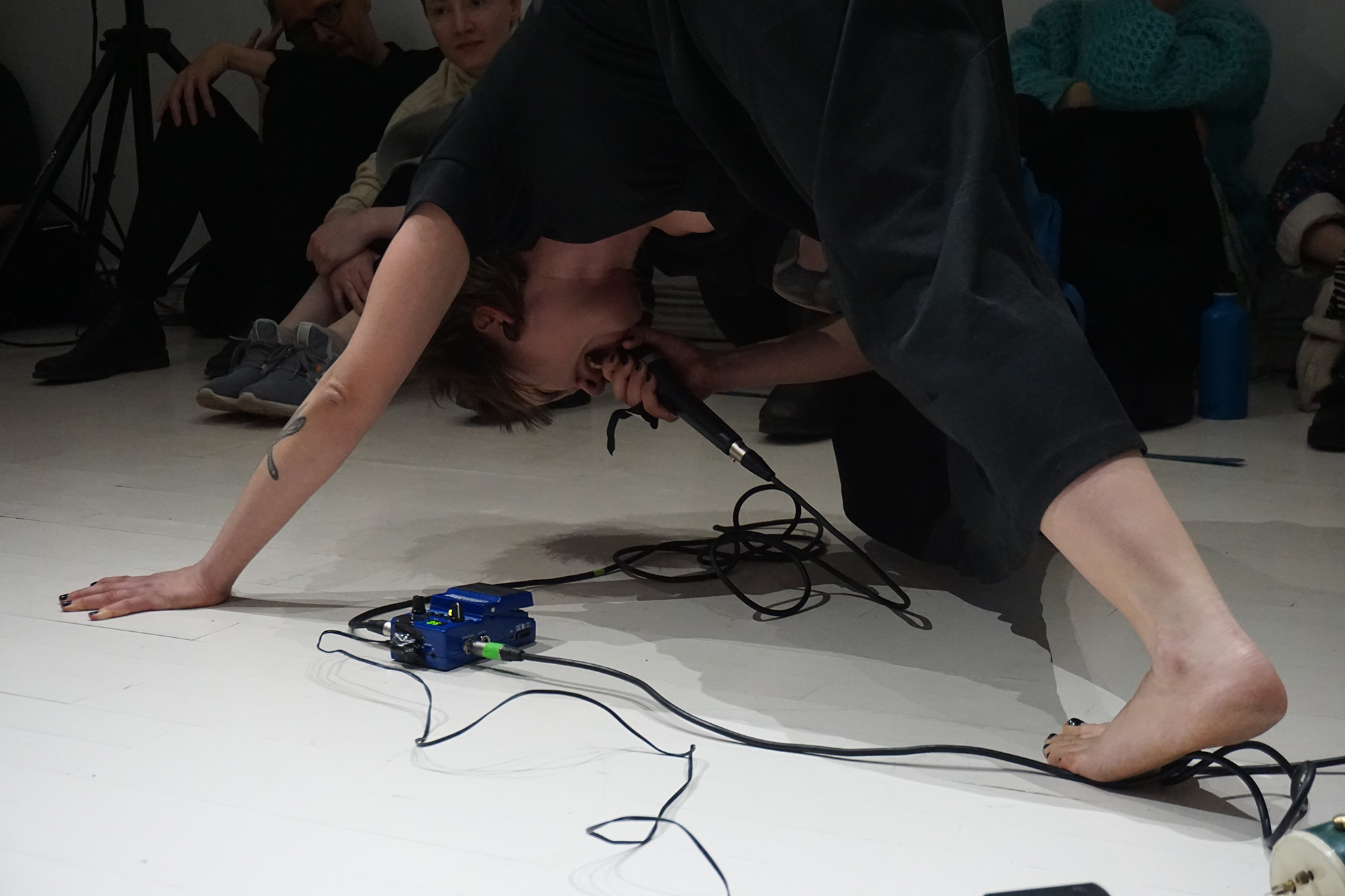 Louna-Tuuli Luukka (she/they) is a multidisciplinary artist who works as a dramaturg, a director, a writer both for stage and about the stage, a performer and a pedagogue. Her practice is influenced by her fondness for obscure subcultures and punk culture, inclusive feminism, empathy as a driving force, sincere seriousness and vulnerability, and occasionally peculiar humour. Affects are typically both the impulse and the center of her works. Louna-Tuuli prefers to work in a process oriented fashion. Cooperation with the scenographers, composers, sound and light designers informs her dramaturgical processes. She likes to take part in all stages of the work process in her works, though she’s not a particularly competent roadie.

Photo
Photo in the slider by Jan Ahlstedt
Main picture by Timo Tikka
Photos in the gallery from left to right by Jan Ahlstedt, Tiina Wallin, Erika Luoto